In 1980, a 24-year-old Miami Law student was struck and killed by a drunk driver, just days before the start of his 3L year.

Alan Gene Bertini, from Charleroi, Pennsylvania, had gone to law school because he was always rooting for the underdogs and underserved. As an undergraduate — with a huge heart and spirit for adventure — at Pittsburgh’s Duquesne University, he studied political science to quench his thirst for world affairs.

But instead, his father, Geno, and sister, Trudi, came to Miami to bring him home for the last time, vowing to return to Miami Law someday. In his 2L year, he wrote for the University of Miami Law Review on statutes regarding banking expansion in the southern states, published posthumously. At the time of his death, Bertini was considering an offer to work for the FDIC in Atlanta where he had interned during his rising 3L summer.

“It was a devastating loss for our family and such a heartbreaking end to a life so filled with promise,” said Trudi Bertini. “It changed us forever.”

Bertini’s death also had a profound effect on his roommate and good friend, Bruce Blitman.

That year and most every year since, Blitman, who went on to become a Florida Supreme Court Certified Circuit Civil, Family, and County Court mediator has donated a book to the Miami Law Library. After Geno Bertini’s death in 2005, Blitman donates in memory of the son and father.

“Although I only knew Alan for two years, we became close friends during our law school experience,” says Blitman, JD`81. “To celebrate our friendship and to honor Alan’s memory, I made donations, with the help of Helen Wohl, Miami Law’s head of Acquisitions and Collections Development, each year. It has grown to an extensive collection over the 36 years.”

Blitman says that Miami — both the city, university, and law school — was Bertini’s oyster. He loved the warm weather and beauty, as well as the pools, beaches, football games, and exploring Miami’s diverse neighborhoods.

“I rarely saw Alan wearing anything but shorts, t-shirts, and flip-flops, even on the coldest days and nights,” he says. “During our second year of law school, Alan and I served as mentors for incoming first-year law students. We were available to help new students acclimate to the strange and scary, stressful and challenging world of the first year of law school. As always, Alan did a great job befriending and calming his stressed out 1L’s.”

“We selected books focusing on mediation and alternative dispute resolution — my area of practice for almost three decades — and the staff would add a memorial nameplate to the front of each book and send a note to Alan’s family. The ritual has kept our families connected over all these years,” Blitman says.

At the urging of her husband, Ken Sandri, Trudi Bertini Sandri, who is a schoolteacher in East Stroudsburg, Pennsylvania, fulfilled her promise to return to her brother’s alma mater this past fall. She, Ken Sandri, and Blitman met at Miami Law to reminisce and look at the impressive collection they’ve built.

“Alan loved Miami and thought he was so fortunate to be fulfilling his career dreams at Miami Law,” says Trudi Bertini Sandri. “There are no words to express what it has meant to my family and me over the years to have Bruce remember my brother in such a meaningful and significant way. I know Alan would be so very touched and proud to have made such an impact on his friend to deserve this tribute. I am so grateful I could visit the Law Library and see the collection of books, and to personally thank Bruce for his kindness and generosity. It speaks to who my brother was and the effect he had on to those lucky enough to know him.”

The University of Miami Law Library is a research facility with over 630,000 volumes and volume equivalents. It is one of the largest legal research libraries in the Southeast. Taxation and estate planning, labor law, ocean law, environmental law, and foreign and international law are among the special subject strengths represented in the collection. The foreign law collection is comprehensive in the law of Caribbean and Latin American states. The special collections and rare books section of the Library includes documents from complex Everglades litigation.

“I hope that I will be able to continue to make these donations for many years to come,” says Blitman. “For me, it is a way to keep Alan and Geno in my thoughts and build a small legacy in their memory at the school that meant so much to us. He was a wonderful person, and we have all been diminished because his life was snuffed out so prematurely. He was a fantastic son, brother, and friend. I know that he would have been an outstanding attorney and made significant contributions to the world had he survived. We are all poorer for his loss.” 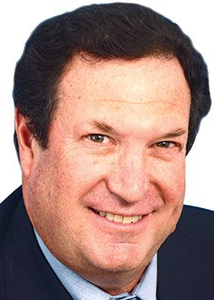